Chia seeds are used for food

C used as perfume: Chia seeds oil contains a variety of volatile components and can be used to make flavoring agent as a source of aromatic components.

D modified material: the surface of Chia seeds contains mucopolysaccharide, which can be used as raw material for embedding and film modification.

Chia seeds are used in medicine 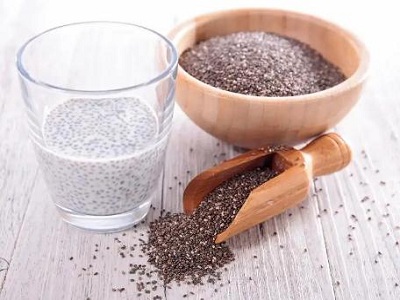 A control of blood sugar: Chia seeds contains high dietary fiber (about 5g fiber per 12g of Chia seeds). The water-soluble dietary fiber expands after absorbing water, and its volume is several times of the original. This leads to people's feeling of satiety, slows down digestion, and makes blood sugar and insulin relatively stable at a certain level.

In 2009, it was considered as a new food raw material by EFSA (European Food Safety Agency), and through scientific verification, Chia seeds will not cause any allergy, anti nutrition or toxic and side effects.

Chia seeds has super reproductive ability, and there is no relevant planting report in China. After introduction, it may cause the degradation or even extinction of the original species, causing serious damage to the ecological balance.