GW-501516 is a unique drug that is officially classified as a PPAR receptor agonist (PPAR-RA) with a common trade name: 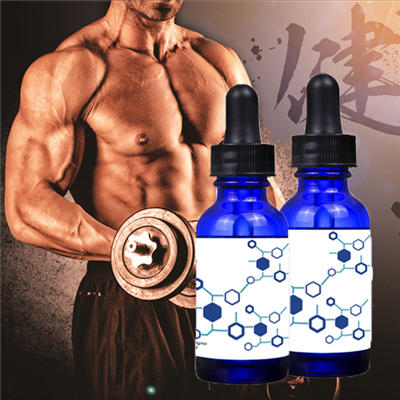 Cardarine. The research on this drug started in 1992 with the joint research and development of GlaxoSmithKline (GlaxoSmithKline) and Ligand Pharmaceuticals. The research purpose of this product is to provide treatment for various cardiovascular diseases as well as diabetes, obesity and other diseases, but researchers soon discovered that PPAR-RA is very effective in improving endurance.

Cardarine (GW-501516) binds to PPAR receptors, especially a set of nuclear receptors that activate the PGC-1a enzyme (a sensor for detecting thyroid and steroid hormones in the body). This behavior leads to gene expression, especially genes surrounding energy expenditure.

Researches involving GW-501516 have all shown to increase the metabolism of fatty acids in experimental mice. In a study using monkeys, the usage data of GW-501516 also showed that it can increase HDL (good cholesterol) and lower LDL (bad cholesterol), regardless of whether you exercise. GW-501516 will give full play to its effects.

GW-501516 is very effective, and it is a very popular product for athletes preparing for competition. Increasing muscle endurance is the most incredible effect of PPAR-RA. Those who use GW-501516 will find that their endurance is greatly improved, they will not get tired easily, and they can train harder. The enhancement of cardiovascular endurance brought by GW-501516 is very obvious, and it has been proven to eliminate the problems of decreased endurance caused by the influence of anabolic steroid trenbolone on the heart. Many people who use Trenbolone respond that breathing will become a little difficult, so doing aerobics when using Trenbolone becomes a more difficult task. When using Trenbolone, GW-501516 can eliminate this negative effect .

The effect of GW-501516 is also very helpful for fat loss. You can do aerobic exercise more intensely and longer. In addition, it does not have any catabolism related to many fat-reducing drugs, which means that GW501516 will not cause muscle loss in the process of fat-reducing. GW-501516 has been proven to improve the efficiency of nutrient utilization and make the body more sensitive to food intake. The absorption utilization rate has been greatly increased. People who use GW-501516 will find increased glucose intake and decreased body fat storage.

Estrogen: GW-501516 will not be aromatized into estrogen, and it has no estrogenic activity and no side effects related to estrogen.

Androgen: GW-501516 has no androgenic properties, so it will not produce androgenic side effects

Testosterone inhibition: GW-501516 will not inhibit the production of natural testosterone.

4.Ideal for expansion and reorganization