English
You are here: Home » News » Product News » Nolvadex of the benefits to our body

Nolvadex of the benefits to our body

Perhaps most well-known in the performance enhancing world and its not a steroid, Nolvadex was originally developed with anything but performance enhancement in mind. Tamoxifen Citrate was originally brought to the market place by Imperial Chemical Industries (ICI) and introduced to the world as a suitable Morning After pill but in the end this would prove to be far from its positive purpose. Shortly after its inception is was discovered Nolvadex provided a formidable opponent against breast cancer but as is common soon performance purposes were found too. This is not an uncommon phenomenon, not by a long shot; many performance enhancing drugs start out as anything but performance enhancing drugs but so many in the end find this to be their primary purpose. However, unlike many anabolic steroids that have been found to fit this same bill Nolvadex does not actually enhance performance to a great degree but rather allows the individual to enhance more thoroughly as we will see; in-fact, Nolvadex has proven to be one of the more irreplaceable items in the arsenal of most performance enhancers. 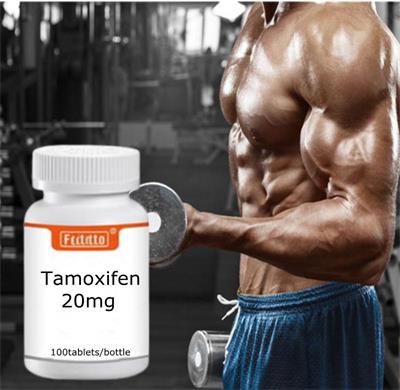 Comprised of the active compound Tamoxifen Citrate but more well-known by its most common trade name Nolvadex and often referred to simply as Nolva Nolvadex belongs to a class of drugs known as Selective Estrogen Receptor Modulators (SERMs.) In many ways this compound is very similar to another famous SERM Clomiphene Citrate (Clomid) with Nolva being more powerful on a milligram for milligram basis. Nolvadex exists as an antagonist of the estrogen receptors thereby preventing estrogen from binding and binding in its place. For this reason many often refer to this SERM as an anti-estrogen but this is a little off base. Nolvadex doesnt have the ability to reduce estrogen in the body nor does it have the ability to prevent it from forming and building up; for such an affect to occur one would need an Aromatase Inhibitor (AI.) AIs actively reduce estrogen in the body, most commonly Arimidex and Letrozole come to mind but they also aid in preventing the estrogen from existing in the first place and this is and can be very useful to most any anabolic steroid user. Nolvadex does not carry this nature with it; it merely blocks the estrogen from taking action to a degree; make no mistake, while not as powerful as an AI this trait can be very useful and it is hardly its only trait. Another thing to consider is the estrogen hormone itself, the very hormone it binds; sometimes reducing estrogen or limiting its existence really isnt a good thing; we actually need some estrogen in our system in order to be properly functioning human beings. Even so, when estrogen levels increase this can be a problem and this is when remedy must often take place.

The Benefits of Nolvadex:

As Nolvadex by nature performs two very specific actions it will have two very specific uses for the anabolic steroid user and each comes at a different time and serves its own unique purpose. No, the hormone does not change when we use it for one purpose rather than the other, regardless of use its very nature remains unchanged but it is the purpose of use that may vary and we will find the purpose of use to be while on cycle or during the Post Cycle Therapy (PCT) plan.

For most anabolic steroid users Nolvadex will be part of a PCT supplemental plan and it is here that the SERM will serve its greatest purpose; so great we may aptly label Nolvadex as the single most important PCT medication of all time. As eluded to before anabolic androgenic steroids suppress natural testosterone production; regardless of the steroids used this will occur. It is true; some steroids will suppress more than others and while dosing and duration will play a large role suppression to some degree will exist. Once a cycle of anabolic steroids has come to an end the first order of business is to ensure natural testosterone production begins again and as fast as possible; even if your cycle included exogenous testosterone (which we highly recommend) your natural levels will still be suppressed and far from optimal. Restarting production is important largely for two reasons; what should be the most obvious is normalizing returning the body to its natural function in order to maintain proper health. Further, the faster we can restart natural production; thereby ensuring adequate testosterone is in our body the more gains we will hold onto that we earned through the cycle. It is very important to note while Nolvadex therapy is very useful for this purpose a simple PCT plan that includes the SERM will not by itself bring natural levels back to normal. Yes, it will greatly speed up the process but a standard 3-4 week PCT plan is not going to have you where you were before your cycle began.

As PCT purposes are perhaps its greatest trait it is another purpose that first made the SERM quite popular among performance enhancers and this was as an on cycle side-effect preventer and most notably as a Gynecomastia fighting agent. They do not all possess this trait but many anabolic steroids convert to estrogen via the aromatase process and as estrogen increases so can its negative effects; there is truly a fine line when it comes to the total amount of estrogen you want and can tolerate. As estrogen levels increase Gynecomastia can become very problematic but if the estrogen cannot bind to the receptors as Nolvadex will prevent, the odds of incurring Gyno as it is commonly known greatly reduce. While a very powerful Gyno preventer, for some Nolva will not be enough and many will find they need to actively reduce estrogen and inhibit it from forming in the first place; for this individual only an AI will do.