English
You are here: Home » News » Product News » Sildenafil, vardenafil and tadalafil ---who is the best one

Sildenafil, vardenafil and tadalafil ---who is the best one

There are many topics that we dare not face in our lives, and erectile dysfunction (ED) may be one of them. This disease haunts them like a ghost, always coming out to haunt them in the dead of night. How to overcome this nightmare has become a topic of concern to many male friends. Many of them tried to solve it quietly by taking drugs such as tadalafil.

The domestic drugs used to treat erectile dysfunction include sildenafil, vardenafil, and tadalafil. These three brothers have also received attention from male ED patients. In the treatment of male ED, what are the unique features of the three major trump cards? 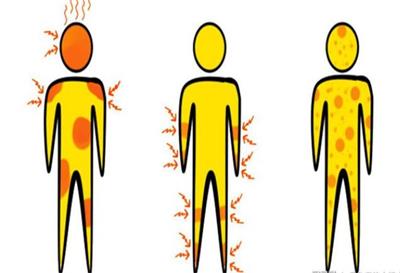 Sildenafil should be the most famous of the three, commonly known as "Viagra". But is the best known as the best?

Sildenafil takes effect in about 30 minutes and seems to have a quick effect, but there is a small problem that needs to be taken at a time.

If before and after taking sildenafil, alcoholism or consumption of excessively high sugar or greasy things will affect the absorption, and the effect of the medicine will be greatly reduced.

In addition, you need to be careful not to take more than 100 mg. When it exceeds 100 mg, some people will have side effects such as facial flushing, abnormal vision, and indigestion.

The advantage is that sildenafil has a faster metabolic rate and can be completely metabolized by the body after 24 hours.

Among the Three Musketeers favored by male ED patients, vardenafil is the fastest onset. It is understood that it takes only 10 minutes to get an effect, and the effect reaches its peak after 25 minutes, and it is not affected by food or alcohol. .

But it also caused a problem. If there is a delay in the effective time of Vardenafil, the effect will be somewhat unsatisfactory after the peak value. Many men have to enter the "combat state" soon after taking vardenafil, otherwise they are likely to face the embarrassment of "failure". This is also one of the most dissatisfied consumers with vardenafil.

Isn't there a product with both effect and convenience?

To solve this problem, it has been discovered in medicine that tadalafil can not be restricted by the onset time. According to clinical analysis, male ED patients have at least 36 hours of effective time after taking tadalafil, so they can freely choose the time of taking. For example, Sentrip Tadalafil claims that you don’t need to look at your watch to take medicine, and you can enjoy the joy of life as you like.

Compared with the first two, the dosage of tadalafil is only 1/5 of that of sildenafil, which largely avoids the possibility of side effects caused by excessive dosage.

Similar to vardenafil, tadalafil has no dietary concerns. The efficacy of tadalafil is not affected by food properties and alcohol, and does not require taboos. This advantage is also sought after by male ED patients as a rising star. reason.

In terms of duration, tadalafil has reached the point where it takes only 30 minutes to be effective, and the maintenance time can be as long as 36 hours. Moreover, the half-life is entered after 17.5 hours of taking, avoiding the embarrassing scene of temporary drug failure.

After a large number of clinical trials, it is medically believed that the incidence of side effects of tadalafil is extremely small, and it is the safest of the three male ED drugs. For this reason, in foreign markets, Sentrip tadalafil is one of the products with the widest audience, except for Sildenafil, which is the most famous and has the longest time to market.