All kinds of muscle damage or pain caused. The official data of this product is very few;

However, it has always been a hormone used in horse racing. Although TB-500 is synthetic, 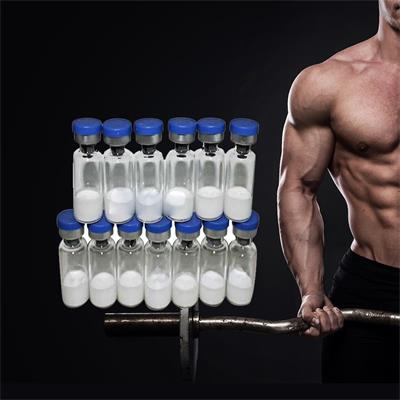 Functions and characteristics of TB-500

Thymus and various local cells in the human body produce thymosin β-4 (TB-4), TB-4 has a very high concentration in the cytoplasm of the wound. TB-500 has the TB-4 sequence

The part that promotes healing (refer to the end of the entire growth hormone segment taken from the growth hormone fragment, So as to achieve the effect of extraction), the main purpose of TB-500 is to promote the growth of cells in the body  ，The ability to adjust. Upregulation increases the sensitivity of cells to effects, especially in actin

And so on protein. This action helps to regulate inflammation in the injured part of the body, and promotes

For new vascular access. TB-500 has a very low molecular weight, which makes it

There is a high level of liquidity. In short, TB-500 can act on the whole body, almost

Can reach all locations. TB-500 does not have to be applied to the injured area at any point, no

Regardless of where the injection site is, the effects of TB-500 will affect the whole body.

In the anabolic world, most of TB-500 is not used for muscle growth.

To reduce fat, improve sports performance and other purposes, the use of TB-500 is mostly used to promote healing,

Especially for the healing of body wounds or joint injuries, TB-500 can be used to treat muscle tears

Crack or strain, tendon inflammation and even skin damage, the peptide will not cause damage to the injured area

Heal instantly. If the muscle tears, it tears, but in many cases use TB-500

Will speed up the healing process. For chronic injuries, such as bodybuilders working out every day

The joint pressure caused by sweaty training in the room, TB-500 can affect the body

Hair loss is caused by androgen hair loss. The use of TB-500 may cause

The situation reversed. However, since there is no official research and reference data, the impact of this

The degree of importance and its scientific truth are still very questionable.

In the body, TB-4 produces the thymus, the largest gland in children.

It shrinks gradually with age and is almost non-existent among the elderly. It is also in each

Locally produced in the kind of cells, especially during wound healing, and in some cells

Exist in a relatively high concentration in the cytoplasm. In various studies, it has been found that TB-4 can

Suitable, on the contrary, the active region of the protein is suitable for the receptor site. TB-500

The peptide sequence is the same as the active region of TB-4, and has almost all of TB-4

In terms of price, compared with the expensive TB-4, TB-500 is also more effective.Economy.

The side effects of TB-500 lack official studies and references, because since the 20th century

Since the early 1980s, TB-500 has been mainly used for horses, and there is almost no human reference

data. With any injectable drugs, especially peptide hormones, the most common side effect

According to user feedback, compared with other peptide hormones, TB-500 has very few side effects

See, headaches and other adverse symptoms are also very rare.

TB-500 is in the form of freeze-dried powder, sterile water or normal saline must be used

Dilute and dissolve before use. The most common dosage range for human use is twice a week

At the end, the injured area has improved, and some users will reduce the amount of one or two times a month.

Injections to prevent recurrence of injury to the injured area. Many people use TB-500

It was found that the flexibility of the muscles was greatly improved, thereby reducing further injuries. Correct

Apart from the rumors, there is currently no research and official data for reference, but

When it comes to higher doses, since healing and injury prevention are the main points of use,

And the dose of 2.0-2.5mg usually has a very obvious recovery effect and recovery speed

The promotion. TB-500 is one of the most interesting peptides on the market, used by bodybuilders

On the way, he is usually used for recovery from joint injuries or muscle tears. TB-

500 has the potential to directly heal injuries. Although some reference data is limited, it also shows