English
You are here: Home » News » Industry News » The new standard of the upgraded version of w+nmn

The new standard of the upgraded version of w+nmn

Today, let's take stock of the new standard of the upgraded version of w+nmn

1. The difference between w+nmn and NMN is that the utilization rate of w+nmn is large: it rises from one level to ten levels of purification, and the affinity and utilization rate of human body reach the peak, realizing a major leap from single component NMN to composite component NMN, greatly improving the conversion efficiency of nad+ and changing the disadvantages of low absorption and single effect of traditional NMN products. W+nmn has the technology to clean up the obstacles that hinder the release of NMN in the body.

After NMN supplementation, it takes two steps for people to be overflowed. 1. Ensure that NMN ingested by the outside world is not hindered, and the upgraded w+nmn will release leucine. Leucine transformation can enter brain tissue directly through the function of blood-brain barrier, so as to improve the discomfort of using NMN alone, such as headache, dizziness, fatigue, depression, insanity, irritability, etc; 2. The surviving NMN forms a chemical ladder through its specific wake-up agent acmetea w+nmn for NMN to climb and reach each fine package of the body.

2. W+nmn is different from NMN. W+nmn is high purity and high balance: biological purification cycle is long, loss is key or more, chemical purification is easy to survive, upgrading epigenetic and chemical combination, maintaining a high balance of components, and high purity is not residual. The upgraded version of w+nmn pure strengthens the ability of gene repair, enhances the immune force of the body, improves the dynamic force of the machine, improves the brain power, 3 times the overspeed efficiency, instant absorption, clinical validation, 72 hours to promote the change of body indicators! (popular science has long known: what is NMN nicotinamide mononucleotide? See the difference between w+nmn and NMN) 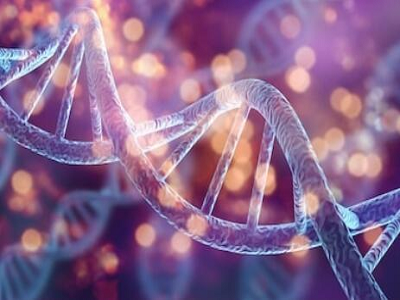 3. The difference between w+nmn and NMN is that w+nmn is absorbed and used quickly: NMN has a repair blind area, and it needs to be supplemented with w+nmn wake-up agent nutrition to produce transformation effect. W+nmn has acmetea wake-up factor, which can target and lock the damaged gene source after entering the human body. It is absorbed from the intestines into the blood circulation within 2-3 minutes, opened the energy channel in 4 minutes, rapidly revitalized and directionally energized, supplemented with nad+ in 15 minutes, deeply repaired the damaged genes, NMN prevented cell aging, and transported to the tissue within 10-30 minutes. Then w+nmn was immediately used for NAD + biosynthesis, which significantly increased the NAD + content in tissues within 60 minutes. W+nmn has a fine package of precise wake-up agents to make up for the NMN repair blind area, connect the whole body links, quickly update the iterative metabolic function, continuously empower young genes, and resist the traces of years.

4. The difference between w+nmn and NMN is that w+nmn is boosted by four levels of reinforcement: four necessary amino acid protection technologies, so that NMN can be completely released in the body

5. W+nmn is different from NMN. W+nmn avoids NMN resistance. Acmetea wake-up factor formula can avoid the Marginal Diminishing Effect (resistance in vivo), and control the product to maintain a true level for a long time; Through the formula to enhance the effect, so that NMN has a more effective effect on the human body; (popular science has long known: what is NMN nicotinamide mononucleotide? See the difference between w+nmn and NMN)