27.6g (0.16mol) of freshly distilled ethyl 7-aminoheptanoate was dissolved in 40ml of nitromethane. Under vigorous stirring, the solution was added to 26.2g (0.08mol) 5,8-dichloro-10 at one time. -Dioxo-11-methyldibenzo[c,f]thiazepine was suspended in a solution of 120ml of nitromethane and heated at 55°C for 30min. Concentrate in vacuo, and dissolve the residue in water. It was extracted with ether, and the extract was concentrated to dryness to obtain 36 g of crude ester compound.

30g (0.065mol) of the crude esterified product and 2.8g (0.07mol) of sodium hydroxide were refluxed in 75ml of ethanol and 25ml of water for 1h. The ethanol was evaporated under reduced pressure, and the remaining liquid was dissolved in 150 ml of water. After the aqueous solution was extracted twice with 75 ml of chloroform, the water was evaporated under reduced pressure. The sodium salt was dissolved in 150 ml of chloroform, dried with anhydrous sodium sulfate, and anhydrous ether was added to precipitate the product. It was collected by filtration, washed with ether, and dried at 50° C. to obtain 13 g of Tianeptine sodium with a melting point of 180° C. (decomposition).

It mainly acts on the 5-HT system, without excitement, sedation, anti-acetylcholine and cardiac toxicity. Used for depression. 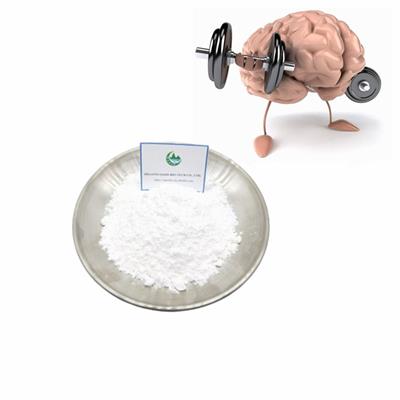 The results also show that Tianeptine is also effective for anxiety symptoms, and the HAMA score reduction rate at the 6th weekend is slightly higher than that of amitriptyline, which is consistent with reports in the literature. In short, the results show that Tianeptine has a positive antidepressant effect, with few adverse reactions and mild degrees. The patient has good tolerance and compliance with medication, and is suitable for clinical application.

The antidepressant mechanism of this product is different from traditional TCA. It can increase the uptake of 5-HT in the synaptic cleft, and has a weaker effect on the reuptake of 5-HT and NA. It may have the effect of improving 5-HT neuron transmission. It has no affinity for M receptor, H1, α1 and α2-NA receptors.

Animal drug experiments show that it has: increase the spontaneous activity of pyramidal cells in the hippocampus, and accelerate the recovery of their functions after being inhibited; increase the reabsorption of serotonin by neurons in the cerebral cortex and hippocampus.

The characteristics of Tianeptine in the human body

It has a certain effect on mood disorders. As a classification of antidepressants, this drug is a kind between sedative antidepressants and excitatory anti-inhibitors;

It has a significant effect on physical discomfort, especially gastrointestinal discomfort related to anxiety and mood disorders;

It has a certain effect on the personality and behavior disorders of alcoholism patients during the period of abstinence.

Tianeptine does not have the following adverse effects: sleep and alertness; cardiovascular system; cholinergic system (no anticholinergic symptoms); drug addiction.

The elimination half-life of this product is very short, about 2.5h. The dose is 12.5mg,