Vitamin A maintains the integrity of skin and mucosa

Vitamin A is a coenzyme that regulates the synthesis of glycoproteins. It stabilizes the cell membrane of epithelial cells 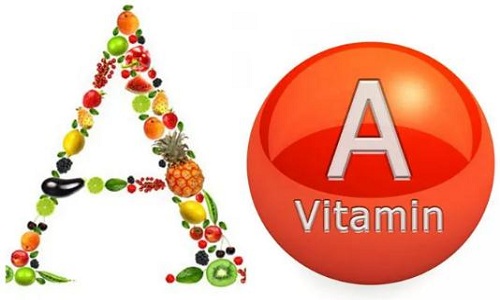 and maintains the morphological integrity and functional integrity of epithelial cells. This effect of vitamin A on tissue function and integrity is achieved by mediating the information exchange between adjacent cells. Vitamin A deficiency will cause the epithelial tissue to dry, and the normal columnar epithelial cells will turn into angular coated squamous cells, leading to cell keratinization. Epithelial cells in various tissues of the body will be affected, but the earliest affected are the epithelial cells of conjunctiva, cornea and lacrimal gland. The reduction of lacrimal gland secretion leads to dry eye, and the conjunctiva or cornea is dry, softened and even perforated. Skin hair follicles, sebaceous glands, sweat glands, tongue taste buds, respiratory and intestinal fuel membranes, urinary and reproductive fuel membranes and other epithelial cells will be affected, resulting in corresponding clinical manifestations and impaired mucosal barrier function.

Vitamin A regulates and controls the activation and expression of messenger RNA in the nucleus through retinoid receptors. Retinoid receptors exist in the nucleus, including three retinoic acid receptors RAR α，β and γ And three of its 9 cis isomers retinol X receptor RXR α，β and γ。 RARs can bind and react with retinoic acid and its isomers, while RXRs specifically binds retinoic acid isomers (9-cis retinoic acid). These nuclear receptors polymerize in pairs to form various homodimers or heterodimers, which bind to the corresponding retinoic acid reaction elements rare or rxre, thereby regulating the corresponding regions of target cell genes. The most important function of retinoid receptors is to regulate cell division and differentiation. Informational substances, including RXR, reduce cell proliferation and promote programmed cell death (apoptosis). For cell differentiation, the regulatory function of retinoids in cells mainly plays a role through the influence of RAR on cyclins. This regulation can affect all aspects of the body, including growth and development, reproductive function, immune function, hematopoietic function and so on.

Retinoids are necessary to maintain immune function, which depends on cell differentiation and proliferation induced by immune stimulation. Retinoids can improve cellular immune function, promote immune cells to produce antibodies, and promote T lymphocytes to produce some lymphokines through the regulation of target genes by nuclear receptors. Retinoic acid is very important to maintain sufficient levels of natural killer cells in circulating blood, which have antiviral and antitumor activities. It has been proved that retinoic acid can improve the phagocytic activity of murine macrophages and increase the production of interleukin-1 and other cytokines, which are mediators of inflammatory response and activators of T and B lymphocyte production. In addition, retinol is also required for the growth, differentiation and activation of B lymphocytes. When vitamin A is deficient, the expression of retinoic acid receptor in immune cells decreases correspondingly, affecting the immune function of the body. Children with vitamin A deficiency and marginal deficiency have an increased risk of infectious diseases and mortality.